It was an unexpected treat to hear from @JCWeaver3PR via Twitter generously offering to send me and a +1 to the screening of the new Now You See Me movie at the Arden Fair UA Theater. Being a gentleman, I first rang my lovely girlfriend but, finding she was obligated that evening, happily called my old friend Joe who just happened to be in town.

It had been a bit since I had been to this particular theater and, remembering the layout completely backward, Joe and I parked on the diametric opposite side of the mall, giving ourselves a brisk half-mile walk to the movie theater. I could use the exercise, Joe, on the other hand, can do a backflip off of a slackline with flaming torches – The walk didn’t seem to phase him. 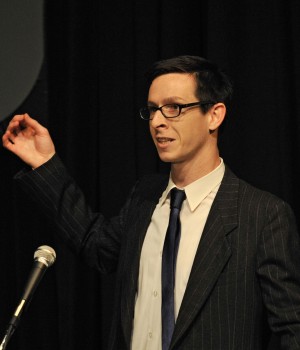 Entering the theater, we found our contact, Ginny, the screening coordinator busily processing dozens of screening guests and, although she was swamped, she immediately found us an escort who led us to the taped off Press section of the theater.

Let me say that the Arden Fair UA Theater is quite nice.  The seats are large, comfortable and partially recline. The sound was crisp and clear and the 4k video was crystal. I’ve read some poor reviews online regarding this facility and it must have been remodeled since, I thought the place was great. 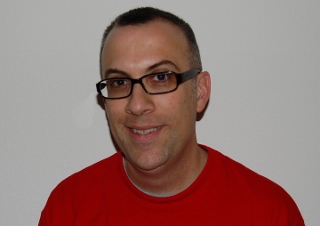 After claiming a couple of seats we turned our attention to the guests around us and Joe was immediately interested in the straw hat of the fellow one row away and inquired about it. We were regaled with fascinating facts about the “Boater” hat and this particular antique chapeau by our new friend, Matías Bombal the host of “Matías Bombal’s Hollywood”.  Matías, a distinctive and interesting fellow, introduced Joe and me to his friend and colleague, Matt Cummings of SandwichJohnFilms and they both graciously agreed to allow TheMagicBroadcast.com to broadcast our conversation about this screening, the Summer’s movie offering and the current state of Hollywood Cinema. If you missed that broadcast live you can listen to the archive right here:

The theater darkened, we took our seats and the film began.

Now You See Me 2 is a fast paced pseudo-action movie that revolves around four magicians known as “The Horseman” led, in secret by a fifth all working for a secret organization called “The Eye” who, with Robin Hood flare, rob from the wicked wealthy and give to the masses via ruthlessly clever magic trickery in flamboyant performances of prestidigitation. While I’ll publish no spoilers in this article, I will say that there was a fair mix of what I’ll call, “Actual Magic” and “Movie Magic” and I liked it a lot. The Cardistry was well played and the Movie Magic was exciting and, well, magical. Magicians who watch this film should not expect purity of Actual Magic and instead should enjoy the lively mix of mediums, CGI, sleight of hand and camera trickery that provides the glue that holds the story together. The acting was both impressive and disappointing as Daniel Radcliffe delivered a very convincing performance and Jesse Eisenberg, in contrast,  was the same character he has been in all of his films…Jesse Eisenberg.

The bottom line on Now You See Me 2 is I enjoyed it immensely.  It was fun, exciting, funny and magical if not a little campy and predictable. I recommend it to magicians and Muggles as well (nod to Radcliffe) and, with the stunning visual effects it contains, I recommend seeing this one in 4k on the big screen while you can.

Thank you JCWeaver3PR for the screening, Matías Bombal and Matt Cummings for the interview and to my old friend Joe Culpepper for the excellent company.  Last, but not least, thank YOU for reading.